Team A|C will be everywhere this spring, and we would love to see you!  Laura and Jenny don’t want to brag, but that’s what they have me for 😉

Of course we’ll be representing (and giving away putty!) at the Lodestar Forum on Nonprofit Effectiveness on March 4th, and at presenting at the AFP Arizona State conference in Carefree on July 21st and 22nd, but there’s so much more!

Laura and Jenny will be presenting on the CEO-Board Partnership at the March 11th AFP breakfast (click here for tickets – it’s open to everyone, and this panel is going to be truly amazing).

Laura will also be presenting next week at the Planned Giving Round Table on March 2nd: “A Powerful Partnership: Advisors and Fundraisers working together for successful capital campaigns”  She’s literally working on the finishing touches for that presentation as I type, and (as always) it promises to be engaging and informative.  (Register here – it’s not too late!)

And we’re hitting the road (or at least Laura is) for a series of talks all over the state!

She’ll be speaking twice in Nogales for the Community Foundation for Southern Arizona – “Budgeting and Funder Compliance” on April 26th, and “Making the Ask” on May 11th.  If you’d like more information on either of these, shoot me an email and I’ll get you the details.

And as if that weren’t enough, she’ll also be presenting at the Northern Arizona AFP chapter meeting on May 12th!! 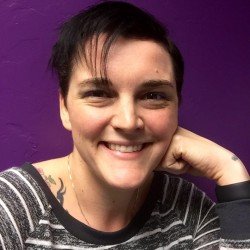