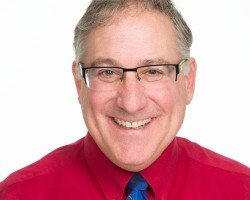 June 17th of this year great news was announced at a press conference in San Francisco. The annual Giving USA results were released for the previous year, 2013. Little was made of the annual report about what American citizens have given away over the 12-month period.

In the early 1830’s French civil servant Alexis de Tocqueville wrote Democracy in America based on his 9-month tour of the U.S. His observations about the tendency of Americans to band together to solve issues heighten awareness or build institutions.  Giving time and money, he noted, are part of the culture of people gathering to accomplish what they simply cannot do on their own.

The results this year are predictably positive and so perhaps not quite as newsworthy. With the exception of a few years of economic tumult, Americans continue to give more away every year.  Citizens of this land can once again celebrate the generous interdependence expressed in the flow of philanthropic support to worthwhile causes.

So, in addition to being very proud to be American and to celebrate our unique characteristic to band together and make a difference, what does this mean for you as a fundraising professional? More to come…