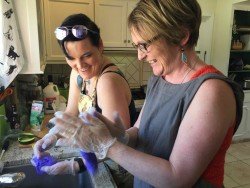 Putty lovers beware! Crazy Aaron’s, our source for thinking putty, is no longer selling putty in bulk. If, like Jenny, you are freaking out — And I quote, “This is a disaster of biblical proportions!!” – never fear. Hanna and I have dedicated the summer to the mad science of putty making. We’ll keep you informed on our progress, and should have samples for everyone to try at this summer’s AFP Statewide Conference.
When not making putty, I’ve been researching a topic affecting our clients:
What’s happening in the world of digital communications and fundraising? How can I help you measure your performance better? More importantly, how can I help you raise more money online and through social media?
What do we know about online fundraising?
What do we know about social media?
Should you invest in Facebook ads and boosted posts?
On average, a nonprofit will reach just 8% of its fans with a post that isn’t promoted.  However, a lot folks who do see your posts aren’t your fans (yet). As their friends engage with your content – especially when they click “Share” – it pops up in their Newsfeeds. In fact, 45% of Facebook users who saw a given post were not already fans of the nonprofit. Conclusion: it’s critical to get your ambassadors – staff, board members, donors, followers – to engage with your social media and share it widely. It’s also critical to budget for online ads and boosting.
How many friends do you have?

The researchers recommend a new measurement for Facebook activity in addition to your friend count. They call it Earned Reach Average (ERA): the average number of people who see a given post for every Facebook fan you have. Check out the study to see how you compare to others.

I’d really love to hear from you about this topic. Please email me your own stats, successes and failures, and questions. Let’s figure out together how to raise more money for all our causes through email and social media!
Love, Laura 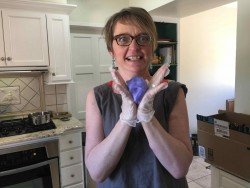